It’s National Pumpkin Day everyone!  Even though I’ve been enjoying all things pumpkin since the first cool breeze of fall hit, today seemed like the perfect day to share some pumpkin recipes that I think look amazing.  It’s usually associated with pies and dessert, but pumpkin is actually surprisingly versatile, and works just as well in savory dishes.  Warning – the following pictures and recipes may induce drooling or grumbling stomachs. 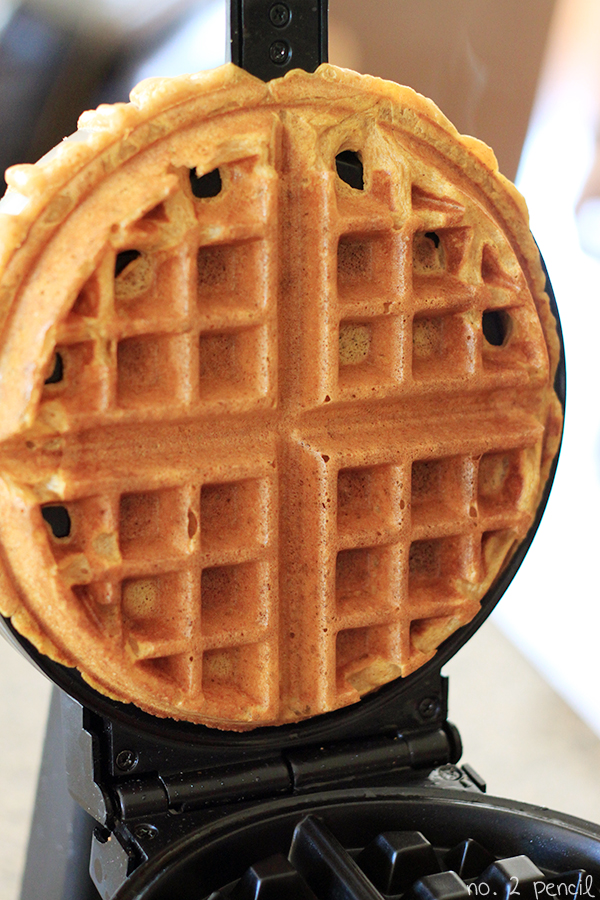 For an all day pumpkin-fest you can start off your day with some yummy pumpkin waffles.  Waffles are always a treat, so adding pumpkin just makes them an extra autumn-y treat.  Pumpkin pairs perfectly with maple, so this whole breakfast is really a no-brainer. 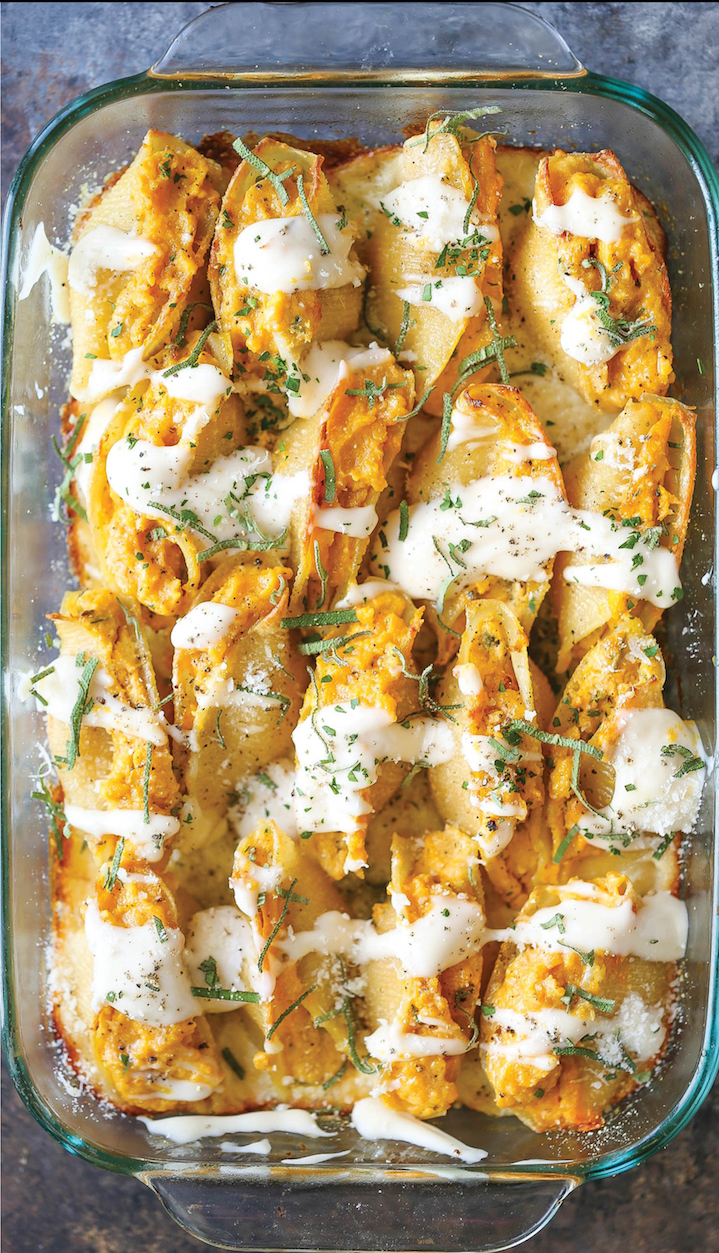 The first entry in the savory pumpkin category are these pumpkin stuffed shells.  While everyone’s probably familiar with the classic ricotta stuffed shells in tomato sauce, really shells can be stuffed with anything you’d like.  The highlight of this dish is the garlic Parmesan cream sauce, which you’re going to want to start putting on all of your pasta. 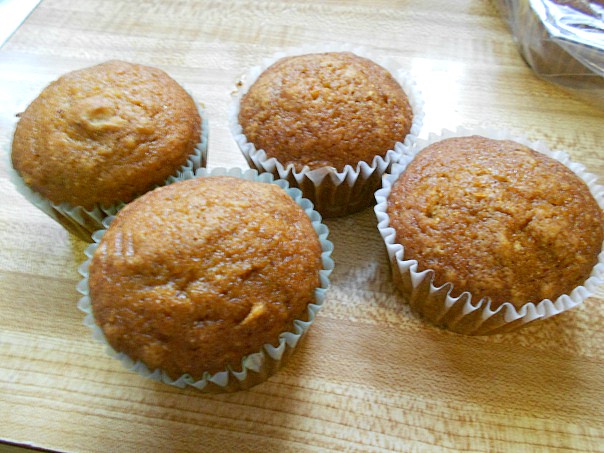 A fall favorite, you can’t let the month of October pass you by without making some pumpkin bread.  If you want your pumpkin bread more on the go this recipe is big enough to make a couple of small loaves as well as a dozen muffins.  Freeze what you’re not going to eat within a week and you’ll have pumpkin bread to last you through Thanksgiving. 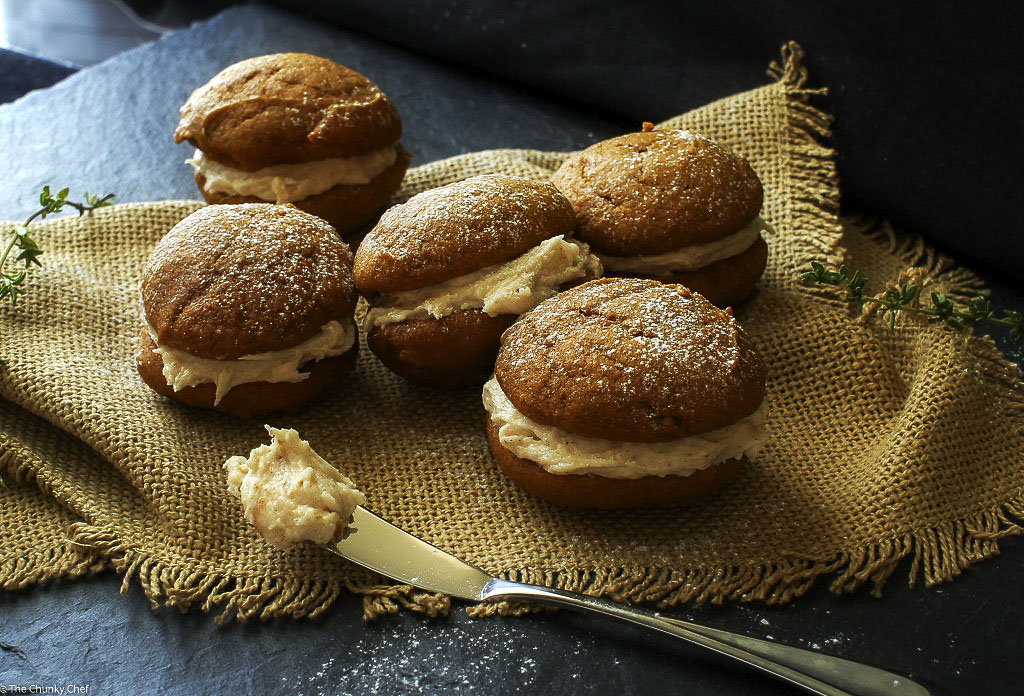 Who can eat a Whoopie Pie without it bringing a smile to their face?  The cookies themselves have a wonderful spiced pumpkin flavor that’s strong but not overwhelming.  But the browned butter maple cinnamon frosting is where it’s really at.  It pairs perfectly with the cookies, but is so good you’re going to want to just eat it on its own. 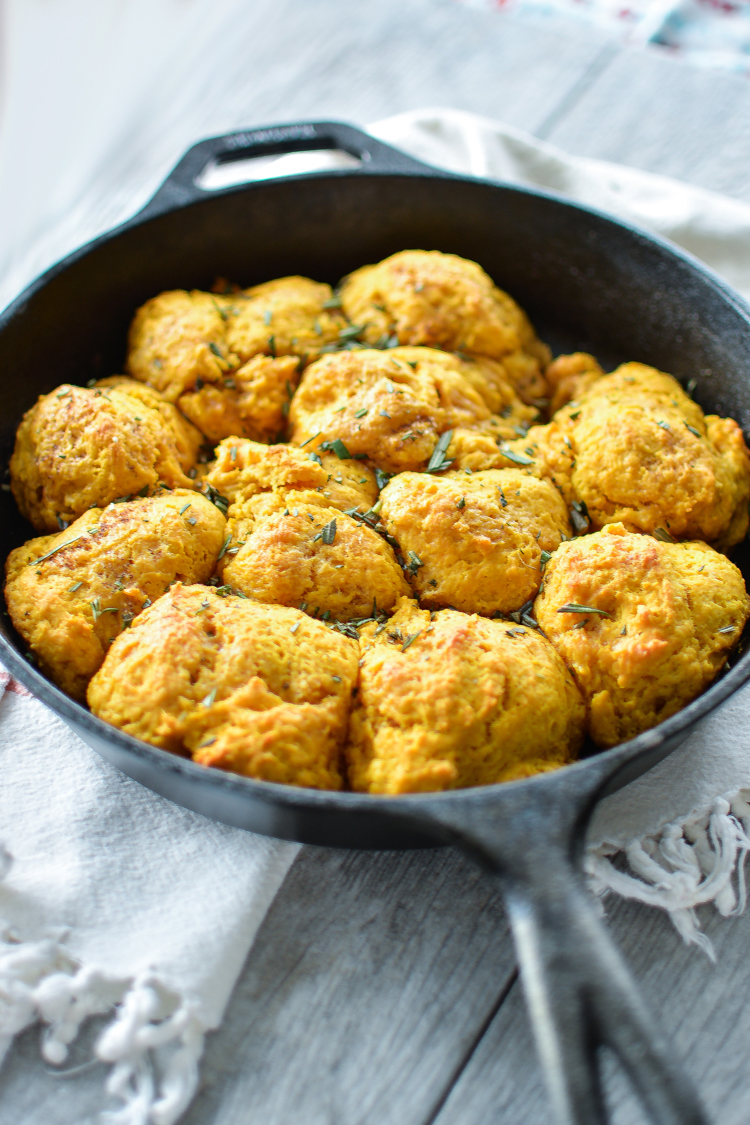 These biscuits toe the line between savory and sweet.  They’ll go great with any hearty fall dinner but can also be topped with butter and cinnamon sugar for a sweeter snack.  Whether as a side or just a snack you’ll be wanting to make these biscuits all autumn long. 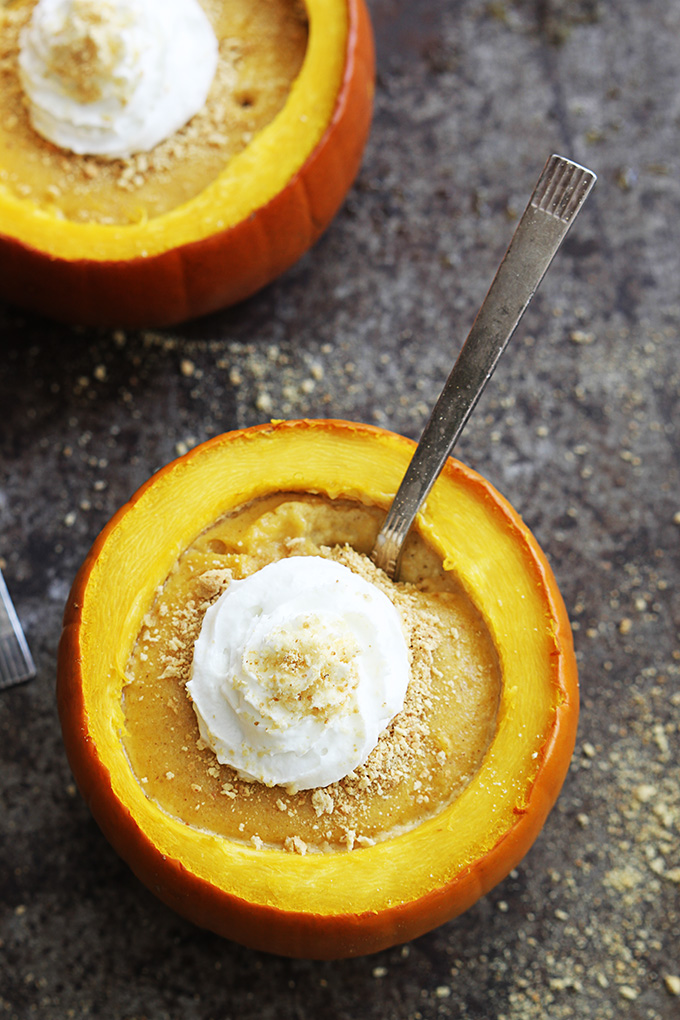 These little stuffed pumpkins are perfect for serving at parties.  Delicious and impressive looking they’re sure to be a hit.  All you have to do is scoop out the pumpkins like you would for a jack-o-lantern, and then fill them with the rich cheesecake filling.  Top with graham cracker crumbs and whipped cream, and you’re ready to go.

Pumpkin Fritters with Rosemary and Cheese 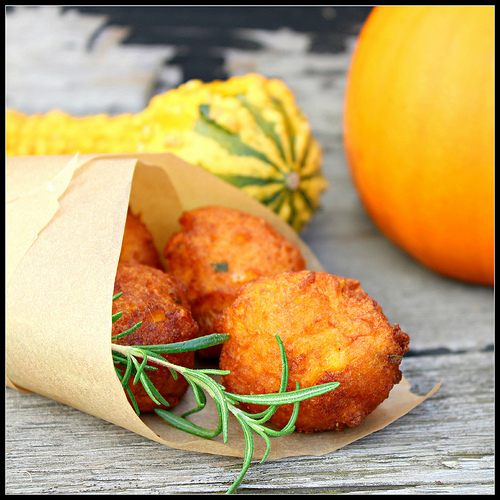 Finishing up the list is a tasty little pumpkin snack.  The sweetness of pumpkin is tempered by the Parmesan cheese and rosemary for a delicious sweet/savory bite.  If you’re hesitant about deep fried foods you could also form the dough into flatter pancakes to pan fry.

There are so many yummy pumpkin recipes out there, I had a hard time narrowing my selection down to just seven.  But I think these represent well the range of applications pumpkin is capable of.  So pick your favorite and enjoy some pumpkin today!