One of fashion’s biggest nights took place this week.  The Met Gala is held every year on the first Monday in May and signifies the opening of the Costume Institute’s annual show.  As a fundraiser for the Costume Institute itself the gala is a huge coming together of celebrities and fashion.  This year’s exhibit is Rei Kawakubo/Comme des Garçons: Art of the In-Between and is the first solo show given to a living designer at the Met since 1983.  Rei Kawakubo is a Japanese designer who founded her label Comme des Garçons in 1969.  She is frequently included on lists of most influential designers of the 20th and 21st centuries because she’s constantly re-imagining the rules that govern clothing.  Always interested in challenging the common ideas of what defines beauty, identity and gender she goes where most other designers aren’t willing to – the realm of the weird.  But by making weird garments that challenge what we even think of as clothing she’s contributing her argument to the question “Is fashion art?”.

A few celebrities like Rihanna, Tracee Ellis Ross, and Helen Lasichanh opted to wear pieces by Comme des Garçons, but with such boundary pushing fashion it’s understandable while many chose more traditional designers.  Guests of the gala don’t have to strictly dress like the exhibit but it is encouraged to stick to the theme.  This year that meant going avant garde.  Let’s take a look at how some of this year’s guests interpreted the theme of the night. 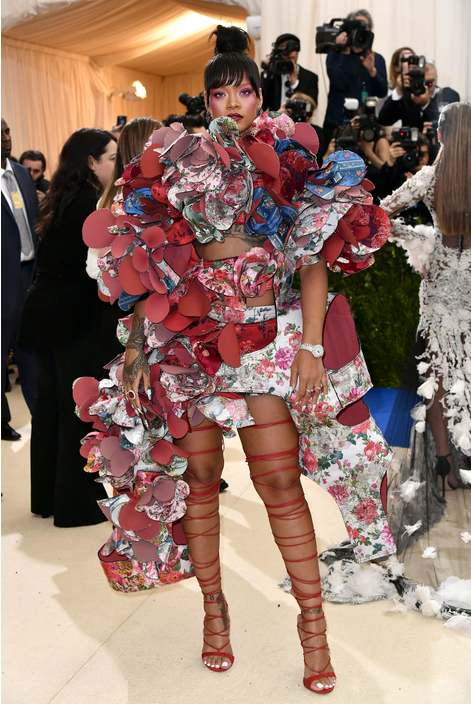 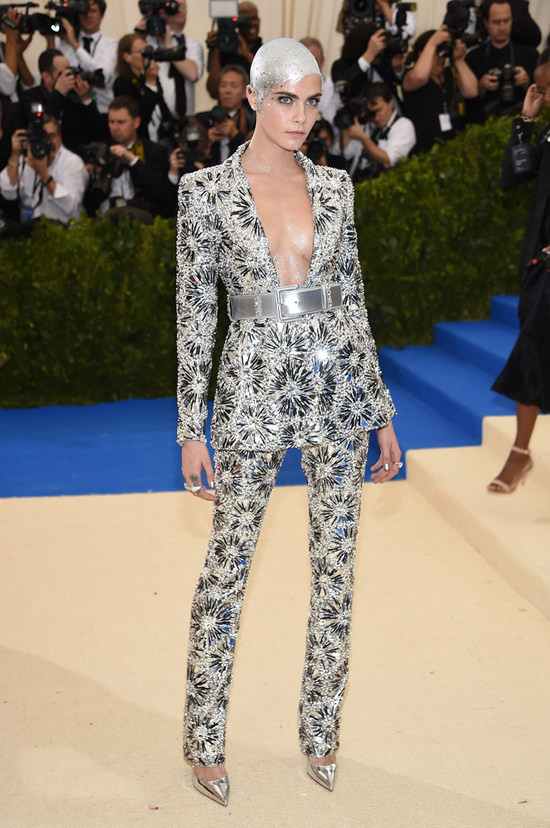 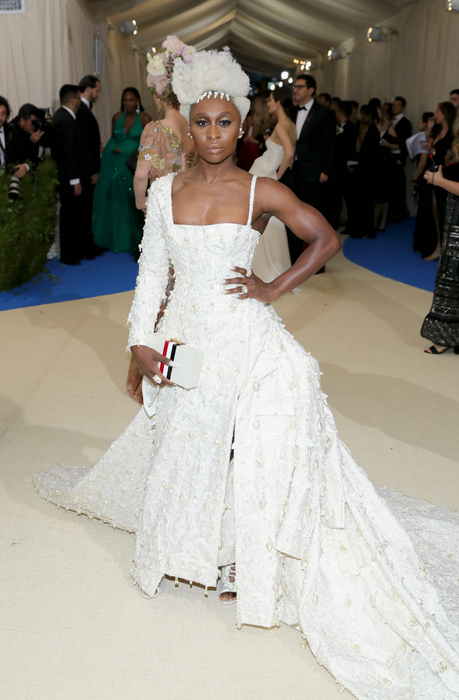 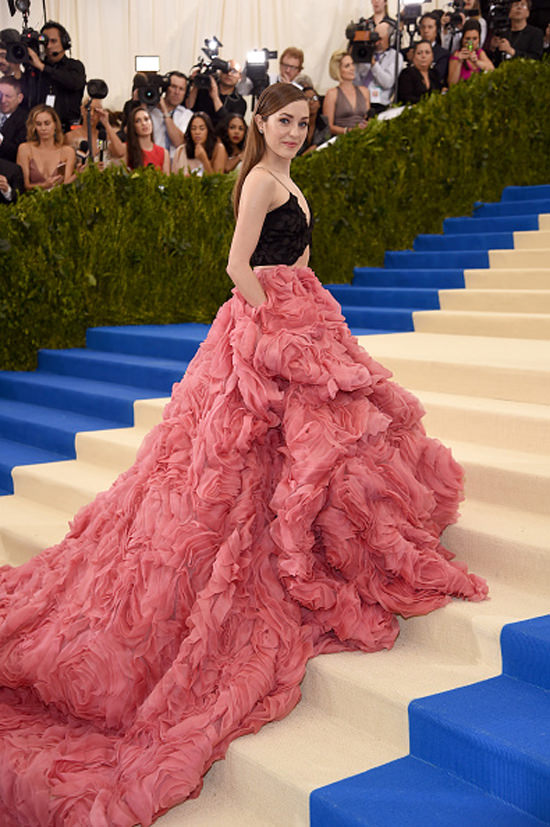 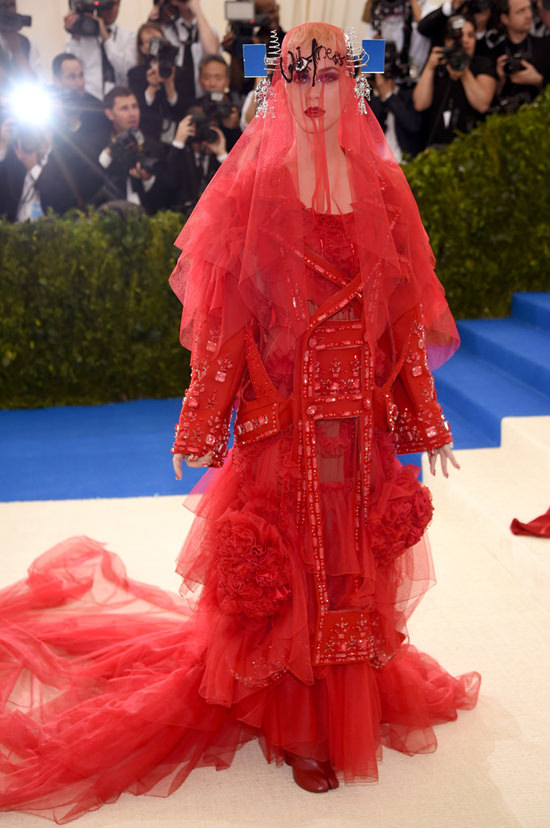 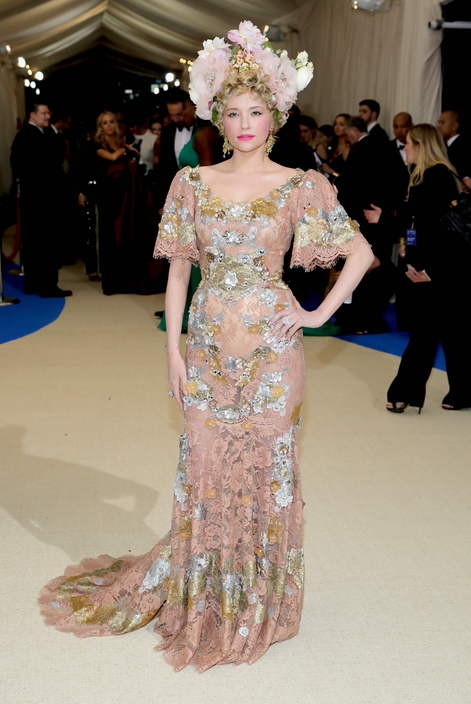 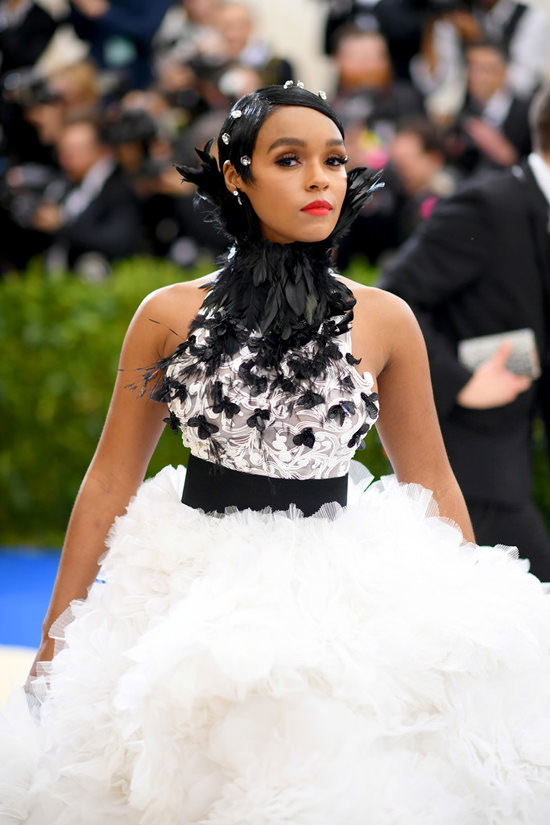 It’s interesting to see some of the trends we’ve mentioned on the blog before show up on the Met Gala red carpet.  Pink and red were definitely popular colors this year and as we know are easily translatable into home decor.  Flowers were also a popular motif that we’ve covered before.  While no one expects you to go avant garde in your furniture, there’s still inspiration to be found on the Met Gala red carpet.  Rihanna’s look may inspire you to play with texture and pattern.  Cara Delevigne’s may remind you of the impact of some well-placed metallics.  Cynthia Erivo and Janelle Monae’s looks are a reminder that you can’t go wrong with clean crisp white or a classic black and white combo.

Or maybe Rei Kawakubo’s work itself will inspire you to be a bit more adventurous in your design choices.